What is kidney cancer?

The kidneys serve an important role in removing waste products from the body. Cancer of the kidney refers to the uncontrolled growth of abnormal cells within the kidney. There are many types of cancer that can develop in the kidney, the most common being renal clear cell carcinoma (RCC). It affects more men than women, and accounts for three per cent of all new cancers worldwide. Singapore has seen a two-fold increase in incidences over the last 30 years. It occurs more frequently in Chinese than Malays and Indians, and commonly occurs from age of 50 years onwards.

Am I at risk of developing kidney cancer?

How does kidney cancer progress?

Just like other cancers, renal cell cancer starts out with a small growth in the kidney tissue, which increases in size as time passes. It usually grows as a single mass within the kidney. When this occurs, there may be more than one tumour found in a kidney or both at the same time. While some renal cell cancers are detected only after they have grown quite big, two- third of all kidney cancers are usually diagnosed before it spreads (metastasize) to the other organs such as the lung and the bony skeleton, through the bloodstream or the lymph vessels.

Early stage 1 renal cell cancers, defined as less 7cm in size, are usually diagnosed incidentally, when patients undergo routine ultrasound or CT scans for health screening or other unrelated symptoms. In its early stages, kidney cancer usually does not cause any symptoms. As it progresses, it may cause visible blood in the urine, back pain, and weight loss. The likelihood of cancerous change is made based on the presence of features on the CT or MRI scan of the kidneys. Biopsy of such kidney tumours is no longer favoured, due to the risk of bleeding and possibility of false negative reports. 80% of such tumours found on CT scan, when removed and examined under the microscope, will turn out to be cancerous. In 20% of patients, microscopic analysis will confirm that such tumours are actually benign, and do not need further follow-up2.

Surgical excision of Stage 1 kidney tumours, whilst sparing the rest of the unaffected kidney, has now been established as the current international standard of care advocated by the European Association of Urology and American Urological Association2,3. Such nephron-sparing surgery (NSS) is now preferred to radical nephrectomy, where the entire kidney is removed. Several large-scale studies have found that patients who undergo nephron-sparing surgery, live longer and have a significantly lower risk of developing hypertension, ischaemic heart disease or strokes over the long term compared to patients who had their entire kidney removed4,5. In patients who have only one functioning kidney which does develop early kidney cancer, NSS is the only surgical approach that gives such patients the possibility of avoiding renal failure and need for lifelong dialysis6. 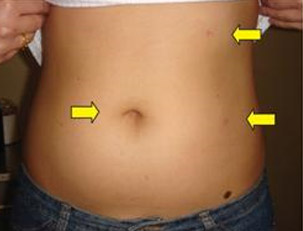 Nephron-sparing surgery is a technically more difficult operation than simply removing the entire kidney. As it involves removing the tumour from the kidney, there may be bleeding from the raw surfaces of the remaining kidney defect. There is also a possibility of a urine leak from the site of defect, if the kidney reconstruction is not performed well, which may result in postoperative infection and prolonged hospital stays. Thankfully, such complications are not common, and the large majority of patients have an uneventful recovery.

Is there a risk of leaving cancer cells behind in the affected kidney with NSS?

Yes, NSS carries with it a potential risk of positive margins, where cancer cells are potentially left behind. In most published series, this has been reported at less than 2%, and usually does not occur if the tumour capsule has not been breached during the surgery.

With surgeons worldwide increasingly adopting robotic nephron-sparing surgery as their preferred mode of treatment, many centres have reported impressive outcomes for robotic NSS in dealing with such challenging cancers8,9. For surgeons experienced in robotic partial nephrectomy, many of such cancers previously deemed as too difficult for NSS to be performed safely, are no longer daunting as the repertoire of surgical techniques for handling such complex tumours continue to evolve. You should explore all available options by consulting surgeons with considerable expertise in dealing with such challenging cases.

The introduction of the da Vinci® robot has empowered surgeons with many advantages over standard laparoscopic approach. Surgeons can visualize the anatomy of the kidney and surrounding structures in great 3-dimensional clarity, with optical magnification of structures up to 12 times. The range of movement of the robotic instruments allows the surgeon enhanced dexterity, improving the speed at which the tumour can be excised and the defect sewn up (Fig 4).

In minimally invasive NSS, the surgical challenge lies in minimizing the clamp time on the vessels supplying the affected kidney. The longer the clamp time needed for excising the tumour and closing up the defect, the longer the kidney nephrons are starved of oxygen (known as warm ischaemia). Warm ischaemic clamp times of more than 30 minutes have been found to be associated with irreversible loss of kidney function. In this aspect, the enhanced dexterity surgeons have using the da Vinci® robot to achieve the same goals of tumour excision and kidney reconstruction, significantly reduces the clamp time on the kidney vessels and the incidence of postoperative complications, compared with surgeons using conventional laparoscopic instruments. Several published studies now validate the superior results achieved with the robotic approach.

The da Vinci surgical robot is a powerful tool for surgeons already experienced in minimally invasive nephron-sparing surgery, to reduce bleeding and warm ischaemia times. However, surgeons who have never been trained on the da Vinci® robot, will invariably require a learning curve to familiarize themselves with the manoeuvres achieved with the robotic instruments. Given the time-sensitive nature of nephron-sparing surgery and risk of irreversible kidney damage caused by prolonged warm ischaemia clamp times, it would be better for such surgeons to familiarize themselves first with technically easier surgeries such as robotic prostatectomy for prostate cancer, or robotic pyeloplasty for kidney pelvic-ureteric junction obstruction (PUJO), before attempting robotic NSS.

Are there any other alternatives to surgery for Stage 1 kidney cancers?

Yes. In patients with significant co-morbidities for whom the risk of undergoing surgery and anaesthesia is high, they may consider other forms of tumour ablation such as radiofrequency ablation (RFA), or cryoablation of the kidney mass. These procedures are usually performed by radiologists experienced in interventional techniques. However, their long-term outcomes are not as good as surgical excision (particularly for tumours larger than 2cm), and there is a higher risk of cancer recurrence as the tumour is ablated but not removed from the body10.

In summary, what would you say to a patient with newly diagnosed early kidney cancer?

Kidney cancers are now increasingly being diagnosed at an early curable stage. These cancers carry an excellent long-term prognosis if removed early. In addition, there is a 20% chance that such suspected cancers will turn out to be benign lesions on final analysis. Kidney-sparing surgery has now become the standard of care for such early cancers. Where the surgical expertise is available, nephron-sparing surgery using the da Vinci® robot has been found to deliver the best surgical outcomes in terms of minimizing blood loss, warm ischaemia clamp times, and postoperative complications such as urine leaks. In this age of technological advances, patients should no longer have to lose their entire kidneys for such early lesions, particularly if these turn out to be benign on final analysis. 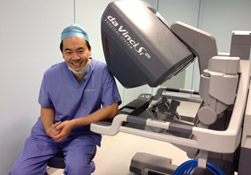 is a consultant urologist at Mt Elizabeth Hospital with over 17 years of clinical experience. He is internationally renowned for his expertise in minimally invasive and robotic surgery for prostate, kidney and bladder diseases. Dr Tan was one of the first surgeons to pioneer robotic nephron-sparing surgery in Asia, having performed the largest number of such surgeries in Mt Elizabeth Novena and Tan Tock Seng Hospital to date. He has received numerous top international awards for academic and clinical excellence, and was named the Outstanding Young Urologist of Asia by the Urological Associations of Asia in 2012. He may be contacted via email at enquiries@drgeraldtan.com.sg.