1. What is erectile dysfunction?

Erectile dysfunction is a common condition where men may experience persistent difficulty obtaining and/or maintaining an erect penis during sexual intercourse.

2. What causes this condition to occur?

During sexual arousal, stimulation of the penile shaft causes release of nitric oxide (NO), a neurotransmitter which relaxes the smooth muscle (corpora cavernosa) of the penis. Blood flow increases into the chambers of the penis, causing the penis to become erect and hard. Blood is prevented from draining out of the penis by valves which remain closed until ejaculation occurs, at which point the valves open and blood drains out of the chambers, returning the penis to its flaccid state1.

Common causes for erectile dysfunction include:

3. How is erectile dysfunction diagnosed?

When you consult your doctor, he will usually ask you to complete a questionnaire such as the International Index of Erectile Function (IIEF) to assess the severity of erectile dysfunction. In most cases, your doctor will suggest you try a trial of medications to see if there is symptomatic improvement. In more severe cases that fail to respond to medications, you may be referred to a urologist for further evaluation of your hormone profile and state of penile blood flow.

4. Can erectile dysfunction be successfully cured with medications?

Most certainly! First-line treatment of erectile dysfunction would be oral medications known as phosphodiesterase-5 (PDE-5) inhibitors, which improve blood flow to the penis. These include drugs such as Viagra®, Cialis® and Levitra®. These medications are usually taken an hour before planned sexual activity, and the duration of efficacy ranges from 4- 36 hours. Common side effects include headaches, facial flushing, stomach upset, stuffy or runny nose, nausea, back pain and occasionally changes in colour vision. Very rarely, patients may experience priapism, a painful condition where the erect penis fails to return to its flaccid state after 4 hours. This is a medical emergency, and patients should urgently consult a doctor (usually at the Emergency Department) before the penile erectile tissues become permanently damaged. More recently, Cialis® has developed a low-dose tablet taken on a daily basis. This allows the medication to remain in the blood stream at consistently therapeutic levels, without the side effects encountered due to the high doses with conventional “on-demand” medications. An added benefit of this daily dosing regime is improvement in urinary flow as well, which is a common co-existing problem for older men with prostate enlargement3. As such, daily-dose Cialis® is quickly becoming very popular with existing users of the first-generation PDE-5 inhibitors. Other medications include (1) topical Alprostadil®, which is inserted into the penile urethra, and (2) papeverine, phentolamine, and/or prostaglandin E1, which are injected into the cavernosal tissue within the penis. These medications are used when patients fail to achieve significant response to oral PDE-5 inhibitors.

5. If medications do not work, what other treatment options are available?

If patients with erectile dysfunction do not respond to oral or topical medications, the next step would be consider trying a vacuum pump device, which draws blood into the penis by creating a negative pressure around the penile shaft (Fig. 1). Once the penis becomes erect, a compression ring is applied at the base of the penis to prevent blood from draining out, and must be removed after sexual intercourse is completed.

As a last resort, patients may consider surgery to insert a prosthetic penile implant (Fig. 2). This procedure involves insertion of an inflatable implant device in the penile shaft, which creates an erection by fluid flowing into the device from a concealed reservoir placed beneath the skin. Advantages of such penile implants include the consistency of good erections achieved and control of the duration of erection. 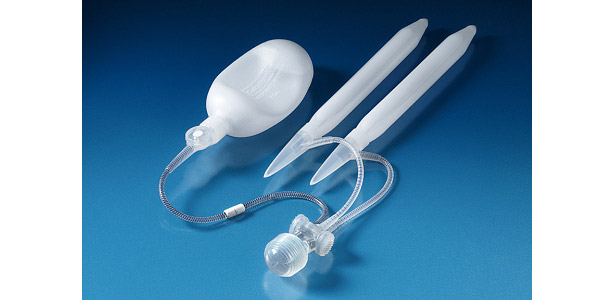 6. Are there any new emerging treatments in this field?

Yes! In recent clinical trials, low-intensity shockwave therapy (LIST) to the penis has recently been found to be an effective treatment for patients with erectile dysfunction that are not responsive to oral medications. In this treatment, focused shockwaves of low intensity are targeted at the smooth muscle in the penis, causing mechanical shear stress and microtrauma (Fig. 3). This causes the body to produce chemicals to improve blood flow and stimulate new vessel formation (angiogenesis) to the cavernosal tissue in the penile shaft. Current treatment protocols comprise 6 sessions lasting 15-20minutes each, over a 3-week period, where shockwaves are administered to the penis. Whilst several patients report an improvement in erectile function, the response may wane over time and repeat treatment may be required4. Shockwave therapy for erectile dysfunction is now available in Singapore, and our early experience with this novel treatment has been very encouraging. 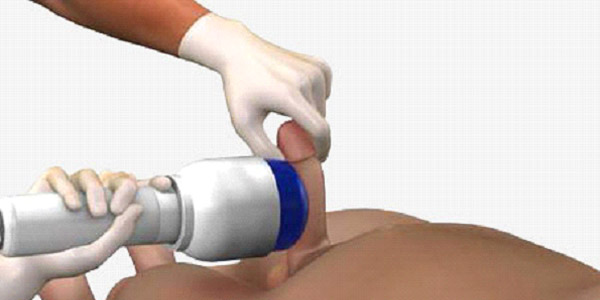 Dr Tan Yau Min, Gerald is a consultant urologist at Mt Elizabeth Hospital with over 17 years of clinical experience. He is internationally renowned for his expertise in minimally invasive and robotic surgery for prostate, kidney and bladder diseases. He has received numerous top international awards for academic and clinical excellence, and was named the Outstanding Young Urologist of Asia by the Urological Associations of Asia in 2012. He may be contacted at www.drgeraldtan.com.sg.